20th and the Parkway, Philadelphia

Each year, CraftNOW hosts a symposium to provide a platform for critical discourse in contemporary craft. This year the event will be hybrid and hosted at Moore College of Art & Design with The Galleries at Moore.

CraftNOW’s 2022 symposium and programming will center on the theme Public | Private and explore continually evolving concepts of shared versus personal space. Public | Private offers the opportunity to think about how handmade elements and crafted objects communicate whether architectural space is shared or private, and to explore which processes and aspects of their creative identities artists choose to share with their audiences. As private space becomes increasingly public via omnipresent virtual windows into our homes and studios, we’ll also explore how these lenses have shifted dichotomies of shared and personal space for students, practitioners, educators, and consumers of craft.

The keynote speaker will be Michael Lewis, architectural critic for the Wall Street Journal and author of Philadelphia Builds: Essays on Architecture, Frank Furness: Architecture and the Violent Mind, and City of Refuge.

Other presenting institutions will include Craft in America, The Center for Art in Wood, Wharton Esherick Museum, varying divisions of the Philadelphia Mummers Parade, among many others.

This hybrid symposium event is free and open to the public.

An RSVP for the luncheon will be required and can be made by clicking here. 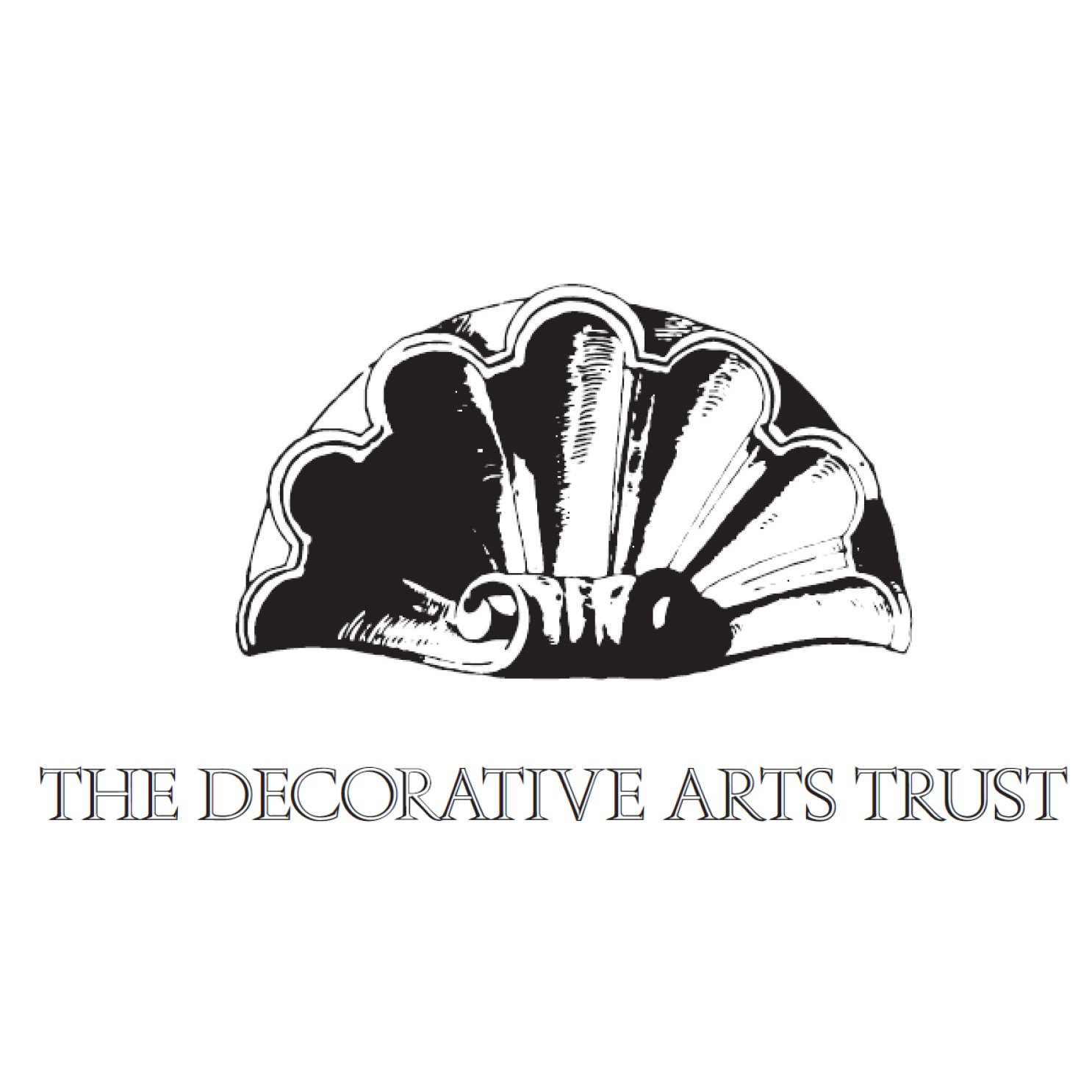 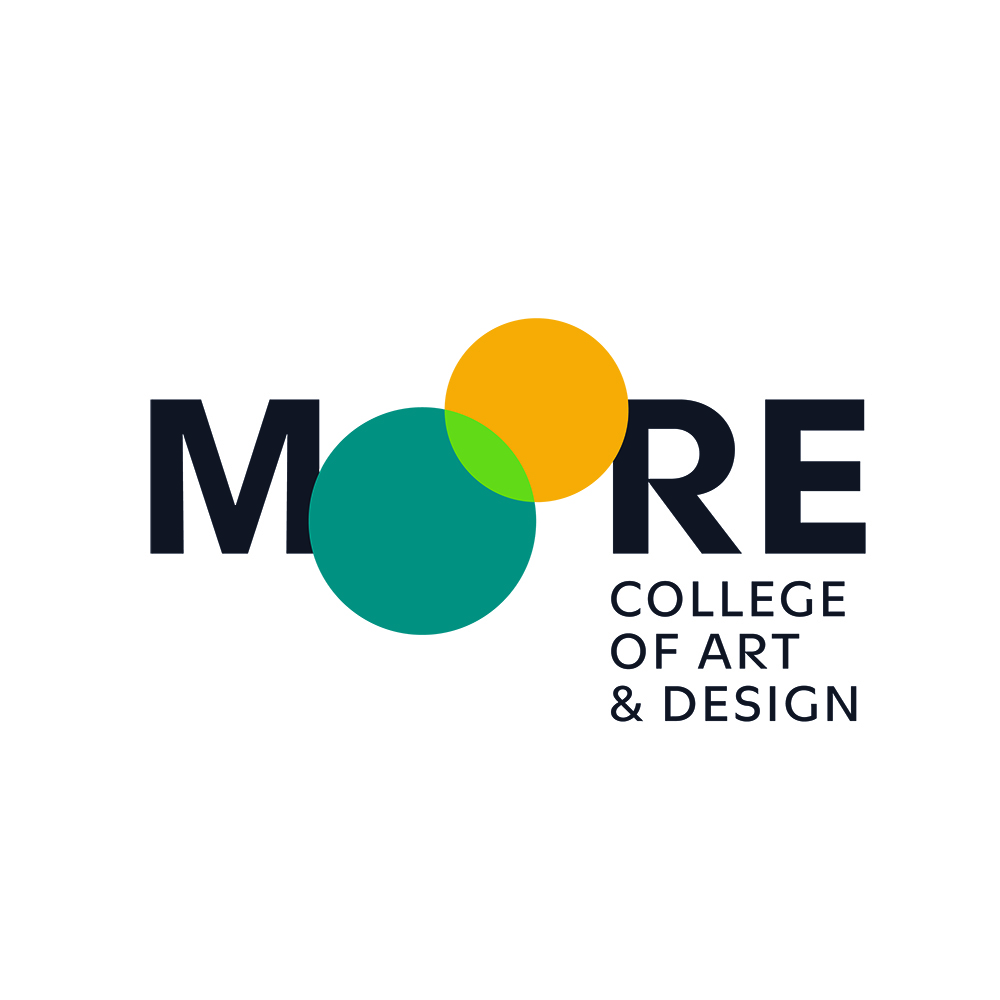 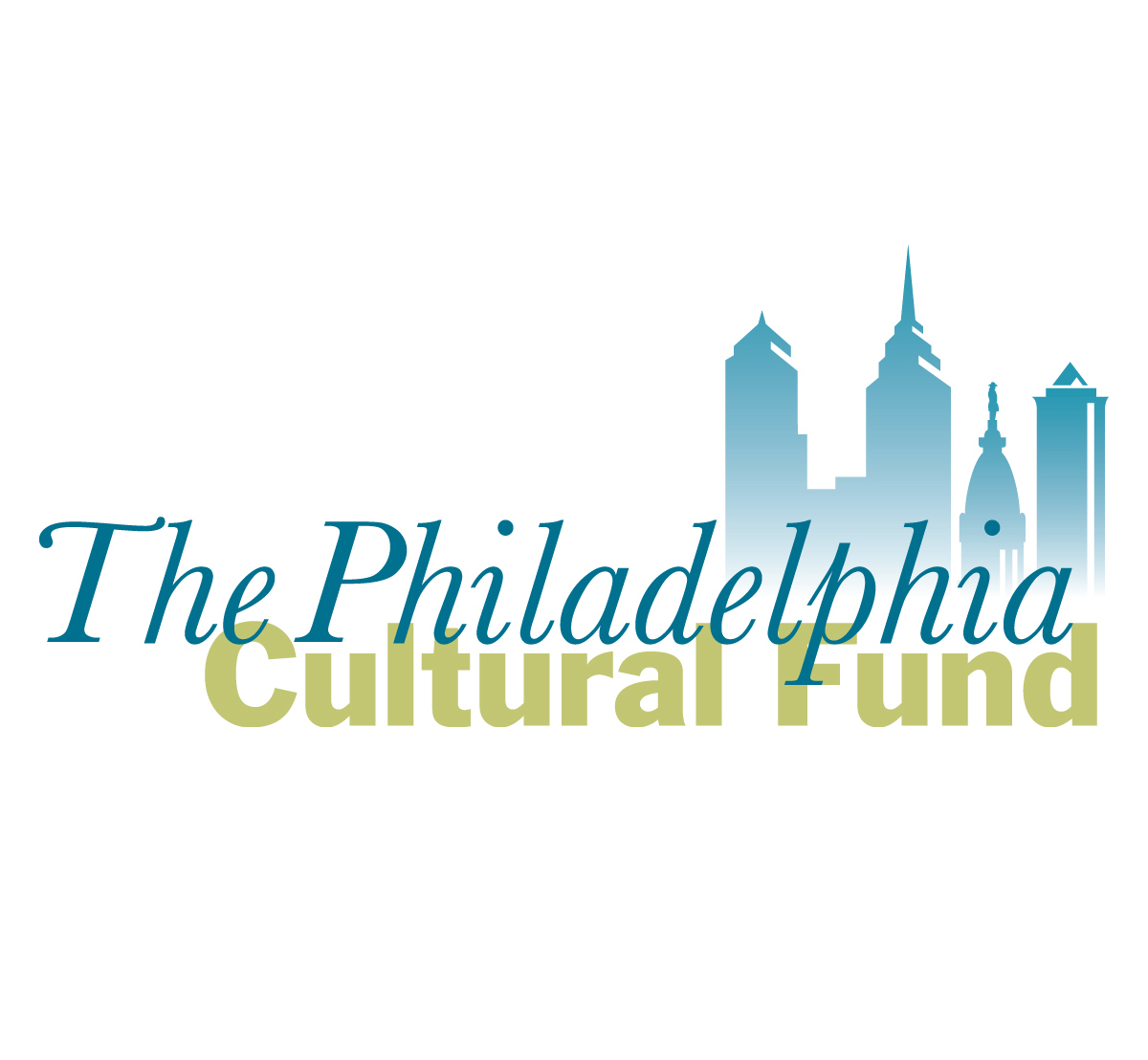 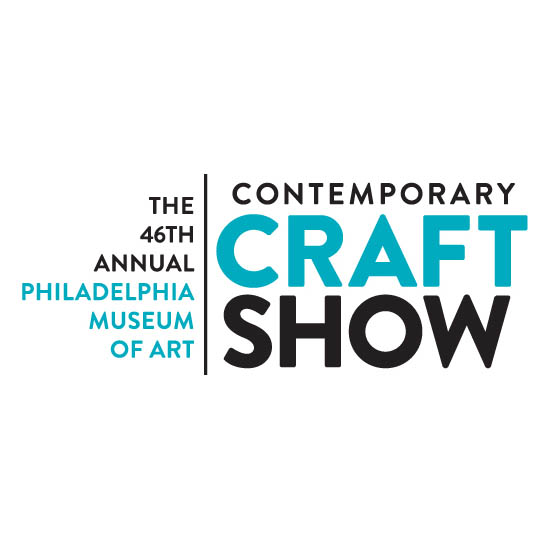 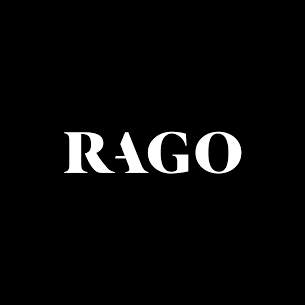 11:00    Emerging Voices with The Decorative Arts Trust –  Forrest Hudes presents Me, Myself, and I: The Public-Private Space of the Mirror

1:30      Emerging Voices with The Decorative Arts Trust – Amrut Mishra presents Weaving Publics: The Performance of Craftwork in the Art of Raisa Kabir

The 46th Annual Philadelphia Museum of Art Craft Show returns to the Pennsylvania Convention Center November 11 – 13, 2022. Visit their website linked above and follow them on social media @PMACraftShow for more details. 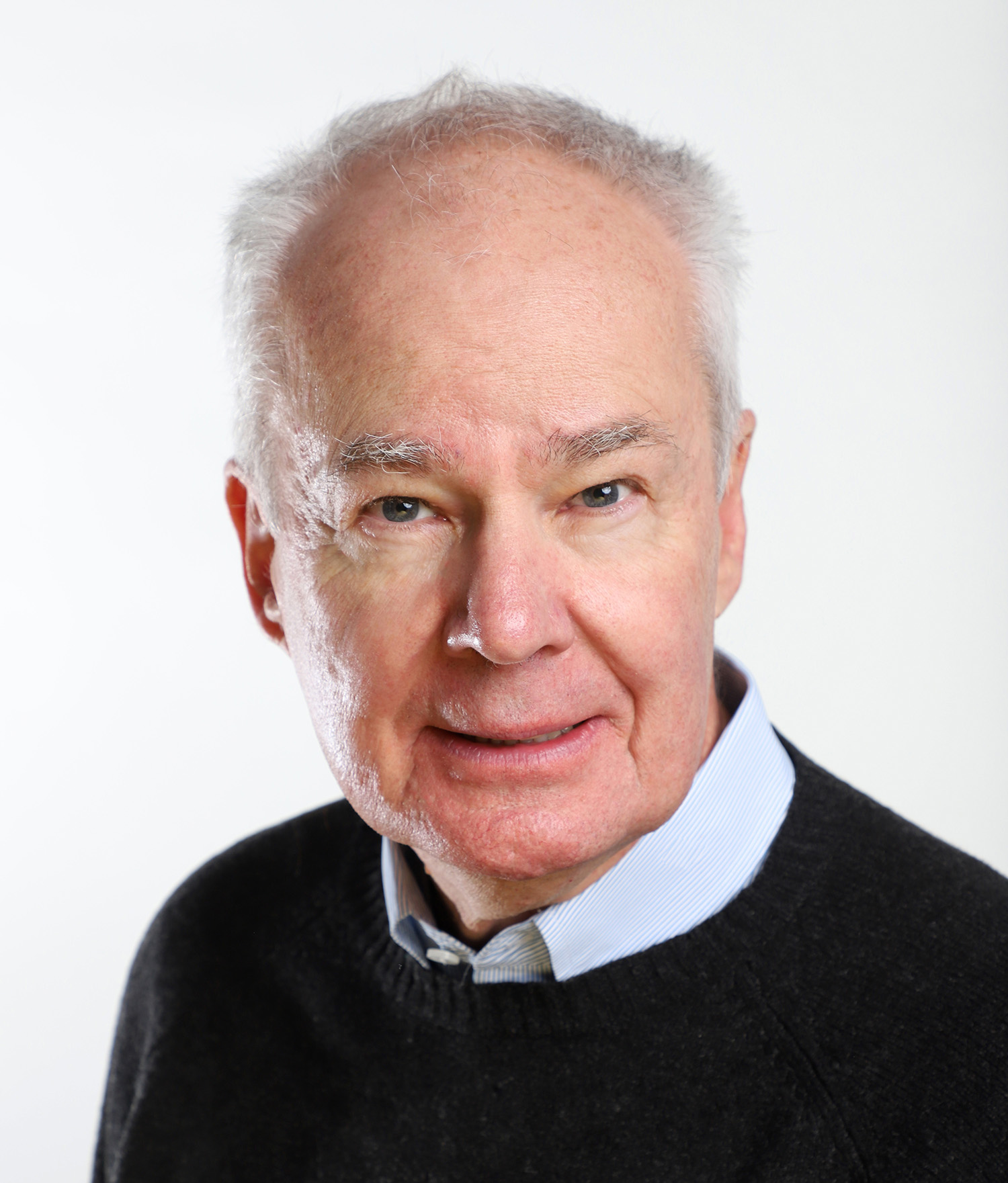 Keynote Michael J. Lewis teaches modern architecture and American art at Williams College, and he is the architecture critic for the Wall Street Journal.  After receiving his B.A. from Haverford College in 1980, and two years at the University of Hannover Germany, he received his Ph.D. from the University of Pennsylvania in 1989.  He has taught at Bryn Mawr College; McGill University, Montreal; and the University of Natal, South Africa.

His books include Philadelphia Builds: Essays on Architecture (2021), Frank Furness: Architecture and the Violent Mind (2001), American Art and Architecture (2006), and the prize-winning August Reichensperger: The Politics of the German Gothic Revival (1993).  He was a Fellow of the Institute for Advanced Studies at Princeton (2000-2001) and in 2008 received a Guggenheim Fellowship to support the completion of City of Refuge (2016), his study of millennial utopias.

Lewis has been at Williams College since 1993 and in 2008 he was named Faison-Pierson-Stoddard Professor of Art.

In celebration of the exhibition opening at The Center for Art in Wood on November 4, the exhibition curator will be joined by participating artists to discuss the vessel, one of the most fundamental forms in craft. From bowls and spoons to crucibles and boats, vessels have facilitated human survival, industry, and legend. The vessel’s role of containment also positions it as a metaphysical device for delineating the soul, or as a metaphor for understanding autonomy, power, and agency over one’s body.

Forrest Hudes: Me, Myself, and I: The Public-Private Space of the Mirror

Forrest Hudes thinks and makes work about gender, identity, and the reciprocal relationship between the way that we build our world and the way that our world builds us. Forrest’s speech focuses on the interplay of personal and public identity construction that takes place in front of the mirror, where we have many of our most private moments of the day.

HOME: Craft in America with Carol Sauvion and Guests

HOME releases on PBS.org in October 2022, and airs on television December 16, 10pm (check local listings) as the newest episode of Craft in America, the PBS, Peabody Award-winning documentary series discovering the beauty, significance and relevance of handmade objects and the artists who create them. The idea of Home, and the objects within it that help make it so, has taken on heightened importance in recent years. Craft in America’s newest episode, HOME, embraces its many meanings—from the four walls in which we live, to the belongings we cherish, to the meals we share with family and friends “Through the artists and stories represented in this episode, HOME honors the significance of our surroundings, while also acknowledging the challenging histories that have shaped our ideas of it,” shares Carol Sauvion, Executive Director of Craft in America. Adds Executive Producer Patricia Bischetti, “HOME offers a nuanced exploration of the environments we make and the personal, historical, and creative influences that shape them.”

In fall of 2022, The Galleries at Moore will present an exhibition organized by Charlotta Kotik, the third installation in their Visiting Curators Initiative (VCI). Kotik’s project focuses on a multicultural approach that explores how architectural and domestic spaces are conceived, modified, and inhabited based on women’s roles as providers in various societal structures. The prompt for this presentation asks “how are existing gender roles, primarily those rooted in feminism, affecting our perception of space and consequently influence current design and architectural thinking?” Exhibitors include Sara Jimenez, a Filipinx-Canadian multidisciplinary artist; Rehab El Sadek, Egyptian-born artist of Sudanese ancestry; Shervone Neckles, an interdisciplinary artist of Afro-Caribbean origin, and Kara Rooney, an American multidiscipline artist living in Mexico City.

Amrut Mishra: Weaving Publics: The Performance of Craftwork in the Art of Raisa Kabir

Amrut Mishra has curated installations for the Ackland Art Museum, Carolina Performing Arts and is currently serving as a graduate intern at The Center for Art in Wood. In this presentation, Amrut turns to the work of craft artist Raisa Kabir to meditate on her weaving performances which expose the labor of craftwork in a public setting.

What inspires nearly 10,000 Philadelphians to spend their year crafting props and costumes, choreographing dance and music to then march in front of tens of thousands of New Year’s Day revelers along Broad Street? While focusing on their club’s unique cultures of making, this panel of mummers will share a brief history and the current organizational structure behind the nation’s longest standing winter solstice tradition, a parade steeped in pageantry, memory, and controversy. Hear from Michael Carwile and the last remaining Fancy Club Golden Sunrise, Melissa MacNair representing the Comic Brigade Vaudevillains, President Eric (Rick) Burkhardt of Spartans Fancy Brigade, and Jamie Caldwell from Uptown String Band.

Deirdre Visser: Community, Craft, and the Reclamation of Public Space

Deirdre Visser is a curator, educator, visual artist, and woodworker in San Francisco’s Mission District. This talk discusses placing benches, market stalls, bus stops, and other street furnishings in the cityscape, where chance encounters with strangers animate our days and make the city a little more personal.

Isabella Segalovich is a writer and educator who studies the intersections of craft, art, and politics. This discussion will use rowhouse ornamentation as a lens through which we can examine how the assumed value of craft has fallen, and with it, the value of historic homes and the homeowners that inhabit them in marginalized neighborhoods of our city.

Rings! features an incredible selection of wearable pieces that capture the avant-garde notions of contemporary jewelry and represent the limitless creative potential of the ring. Throughout time, rings have signified personal and cultural connections around the world, communicating marital status, membership, and belonging, as well as marking the end of an important transition or the beginning of a new reality. Having first opened summer of 2020 at Philadelphia’s The Galleries at Moore College of Art & Design, this traveling exhibition featured an international selection of over 100 rings and was organized by Helen Drutt, collector, educator, author, and renowned advocate of modern and contemporary craft, and researched by independent curator Elizabeth Essner with assistance from Colleen Terrell.

CraftNOW’s 2021 symposium Environmental Effects examined how communities and interiors shape our experiences, when sustainability issues are expressed through craft, and the greater impact of our contemporary material culture. Longer presentations were complimented by shorter Pecha Kucha style talks. Dr. Kelli Morgan was keynote having contributed the chapter Crafting Diversity in our recent publication Craft Capital: Philadelphia’s Cultures of Making.

CraftNOW’s 2020 symposium Cultures of Making examines the many ways community, activism, research, and connection develop out of collaborative craft practices in the neighborhoods of Philadelphia to the Santa Clara Pueblo and beyond. Keynote speakers Vashti DuBois, Executive Director of The Colored Girls Museum in Philadelphia, and Hinda Mandell, editor of Crafting Dissent: Handicraft as Protest from the American Revolution to the Pussyhats, are central to each day’s conversation as we talk and think about the role of craft as a tool for provocation and exchange, especially in this heightened time of social unrest.

20th and the Parkway, Philadelphia