Built on a Legacy: American Studio Craft at Philadelphia Museum of Art

Built on a Legacy

Founded in 1876 as the Pennsylvania Museum and School of Industrial Art, the Philadelphia Museum of Art differentiated itself from other fledgling American art institutions in Hartford, Connecticut, Boston, Chicago, and New York by assembling a collection of decorative arts.1 Influenced by the 1876 Centennial Exposition, the first international exhibition to be held in the United States, the museum formed its initial collection with objects directly purchased from the exposition.2 Modeling itself after the Victoria and Albert Museum in London, England, renowned for housing the finest examples of ceramics, glass, wood, and metalwork, the Philadelphia Museum of Art focused upon exceptional examples of decorative arts, made by hand or machine, both historical and contemporary. Under the direction of curator Edwin Atlee Barber, hired by the Museum in 1892, the collection was strengthened with objects of all media acquired directly from World’s Fairs and manufacturers.3 Like the Victoria and Albert Museum and its School of Design, the Museum and School of Industrial Art intended to use the collections pedagogically to improve instruction of applied arts and, in effect, inform taste and advance the manufacture of American industrial art.

In 1945, Fiske Kimball, the Museum’s Director, took note that the collections were lacking representation of twentieth-century decorative arts.4 Although the Board of Trustees showed little interest in the applied arts, isolated gifts of contemporary craft and design, such as Swedish glass and hand wrought pewter vases, were sporadically acquired.5 That same year, the Museum received a gift of four worksof art made by renowned ceramists Gertrud and Otto Natzler from Mrs. Herbert Cameron Morris, an avid supporter of the Museum and member of the Museum Committee.6 These objects were the first examples of American Studio Craft to enter the Museum’s holdings and are the foundation for its collection of modern and contemporary craft.7 The formation of the Inter-Society Committee for 20th-Century Decorative Arts and Design (now known as Collab) in 1970, a volunteer group dedicated to supporting the Museum’s decorative art and design collections, furthered the growing craft collection by supporting acquisitions of artwork from regional artists.8 The effort was strengthened in 1977 when The Women’s Committee of Philadelphia Museum of Art launched its annual Craft Show as a fundraiser for the Museum.9 By 1981, the Women’s Committee dedicated a percentage of its Craft Show proceeds for the acquisition of contemporary craft.10 Its generosity permitted the Museum to acquire steadily in all craft media over four decades, and continues to do so today. 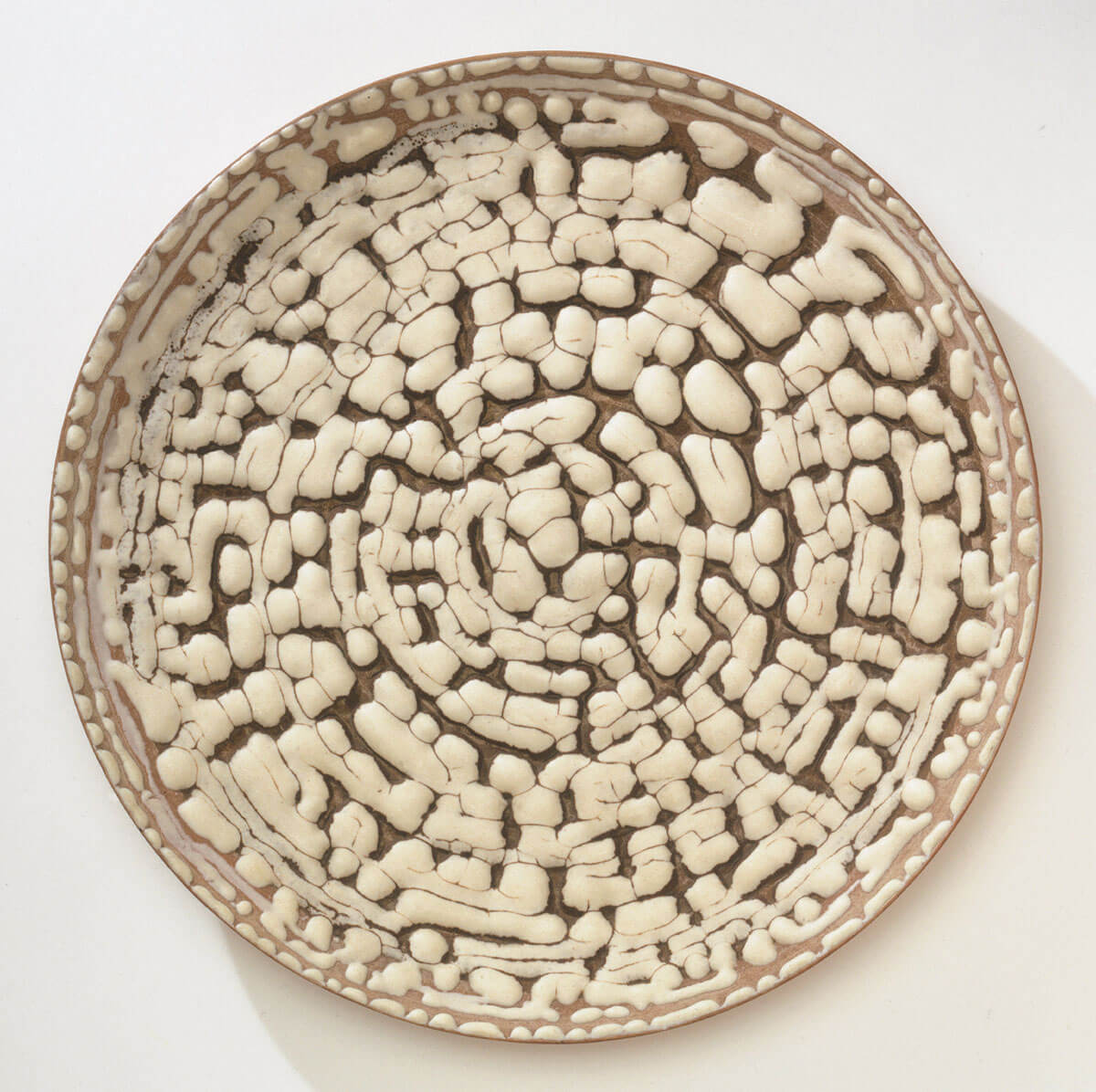 In 1989, the Museum acquired an entire wood-paneled library and music room designed by Wharton H. Esherick for the Curtis and Nellie Lee Bok House in Gulph Mills, Pennsylvania. Designed in 1935 and executed from 1936–1938, this purchase, largely funded through the generosity of W.B. Dixon Stroud, represents the largest example of modern American craft acquired by the Museum to date. Celebrated as an American icon in woodworking, this 20th-century period room is considered by many to be Esherick’s masterpiece. It also serves a dual purpose of marking “the chronological beginning of the Museum’s collection” of American Studio Craft.11 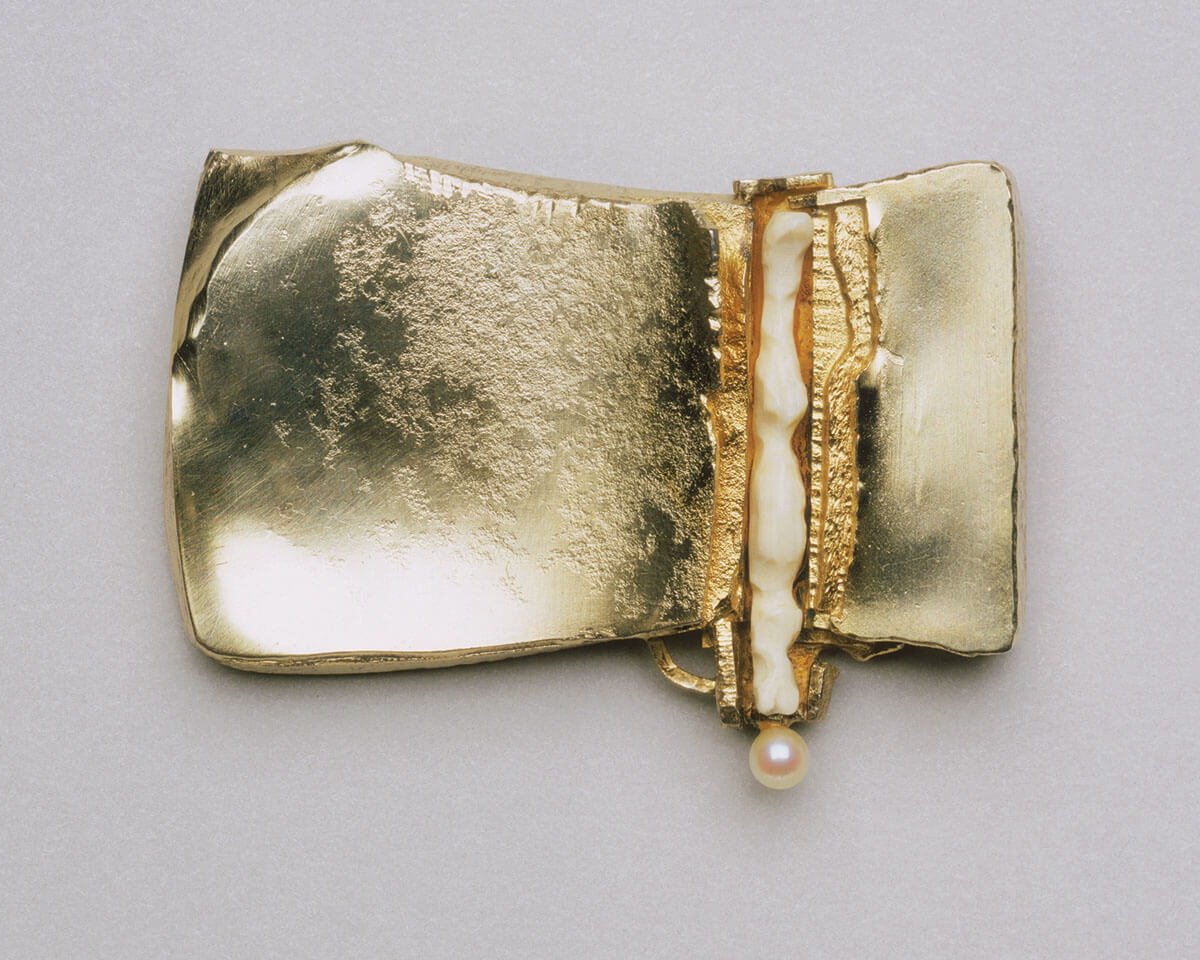 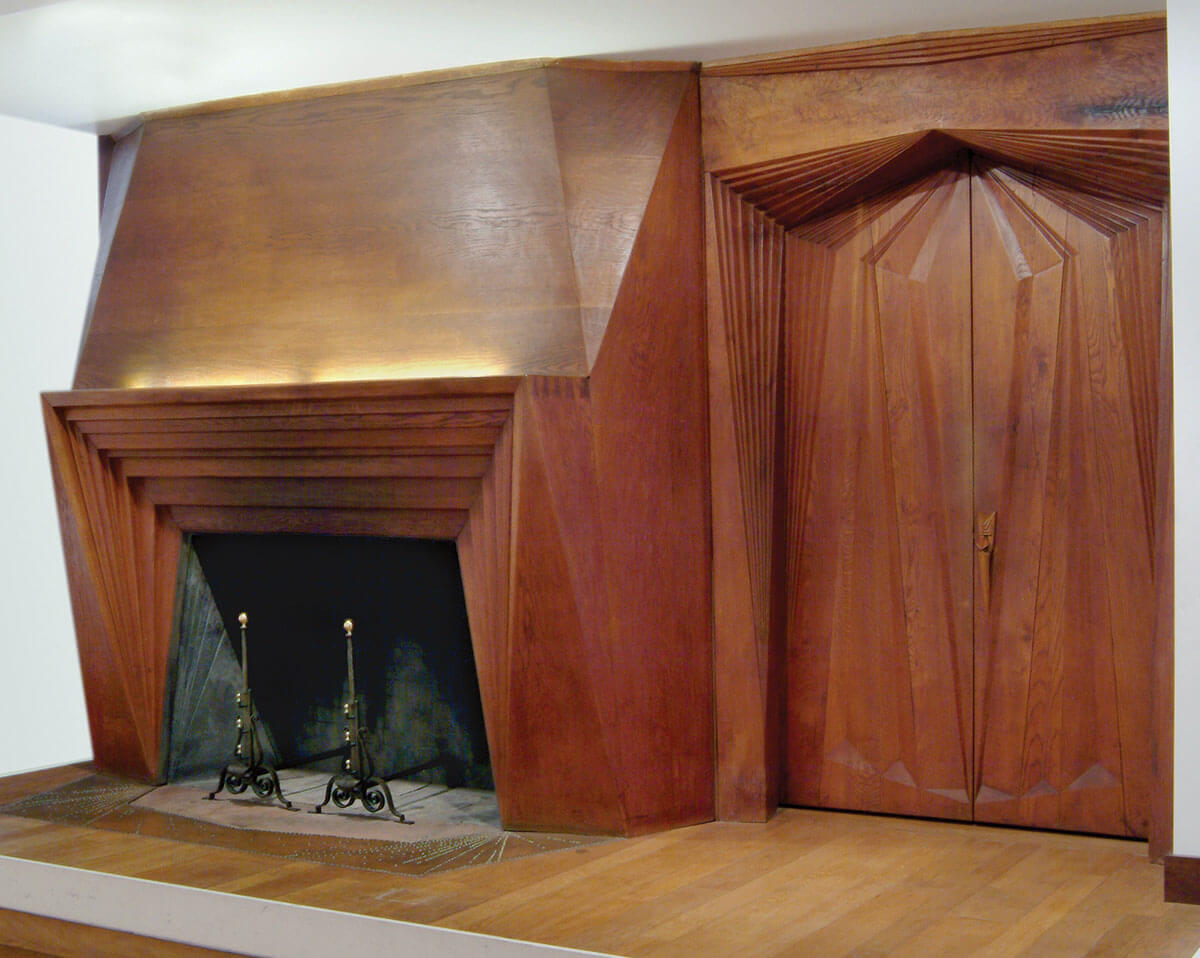 Wharton Esherick (American, 1887–1970) | Fireplace and Doorway, from the Judge and Mrs. Curtis Bok House, 1936–37 | White oak, stone, copper, brass | Acquired through the generosity of W. B. Dixon Stroud, with additional funds for preservation and installation provided by Dr. and Mrs. Allen Goldman, Marion Boulton Stroud, and the Women’s Committee of Philadelphia Museum of Art

Furthering the advancement of modern and contemporary craft in the twenty-first century, Robert L. McNeil, Jr., a trustee and chair of the American Art Committee, made a transformative gift in 2003 to endow the first curatorship in the United States dedicated to this field.12 This position was named for Nancy M. Mc Neil, his wife and co-founder of the Craft Show, who was also a longtime member of the American Art Committee and donor to the craft collection. Appointed in 2006 by Anne D’Harnoncourt, the Museum’s Director, as the Museum’s first Nancy M. McNeil Associate Curator of American Modern and Contemporary Crafts and Decorative Arts, I was charged to engage colleagues across departments in order to initiate a dialogue about craft in an international context. This mission fostered an energetic exchange of discourse among colleagues, growth in acquisitions, increase of installations in the Museum’s galleries, and special exhibitions focusing on craft in a global context.

Taking note of this new energy created by a curatorial presence at the Museum and its desire to privilege craft, Leonard and Norma Klorfine followed McNeil’s lead by establishing The Leonard and Norma Klorfine Foundation Endowed Fund for Modern and Contemporary Craft in 2008, a dedicated fund which supports programs, research, exhibitions, and pivotal works of art by leading artists in the field.13 Since 2006, the collection has grown exponentially and continues to flourish at a steady pace across departments. Deep engagement with the craft community regionally, nationally, and internationally is a curatorial priority and aligns with the Museum’s mission. To that end, the Museum has strong ties to many organizations in the city and environs of Philadelphia, as well as national and international organizations whose sole focus is the field of contemporary craft.

In 2012, Craft Spoken Here, the first major exhibition of craft was mounted at the Museum and marked an important milestone in the development of the Museum’s engagement with craft and artists in the field. Exploring universality and connectivity within the field of contemporary craft, this exhibit included works of art from all over the world, in all its diversity of media and scale. The exhibition, and the CraftLAB, an accompanying educational and community program, reinforced that craft is critical to the Museum’s charge. Craft Spoken Here paved the way for a five-installation series entitled, At the Center: Masters of American Craft, which is drawn heavily from the American craft collection and features prominent artists from the Philadelphia region. Now in its third iteration, the current installation features two distinguished artists, Ted Hallman and Robert Winokur. Serendipity plays a role in the timing of this installation to fall at the same time as the Craft NOW Philadelphia celebration of artists from our region honored as American Craft Council Fellows.

To further distinguish itself as a leader of this vibrant international field, the Museum created Techné, Ambassadors for International Craft in 2014. Drawing its name from an ancient Greek word meaning art, skill, or craft; a work of art, Techné is a member-supported affinity group for collectors and enthusiasts who share a mutual passion for ceramics, glass, fiber, metal, and woodwork from the around the world.14 Led by a team of curators from the areas of American art, contemporary art, costume and textiles, East Asian art, European decorative arts, and South Asian art, dynamic programming stimulates dialogue and exchange of ideas through shared experiences drawing on the Museum’s expertise, outstanding collection, and connections to the broad international spectrum of artists, media, and scholarship. To this end, the Museum continues to strive towards ensuring a continued strength, vitality, and prominence of craft within our hallowed walls, in the Philadelphia region, nationally and internationally.